She’s has just weeks to go until she gives birth to her first child with NRL star boyfriend, Tom Burgess.

And on Friday, Tahlia Giumelli, 26, revealed she had an iron transfusion, sharing with fans a picture of her arm with a tube inserted in her hand.

Taking to Instagram, the model – who is 37 weeks pregnant – said that she was getting some ‘much-needed liquid gold.’ 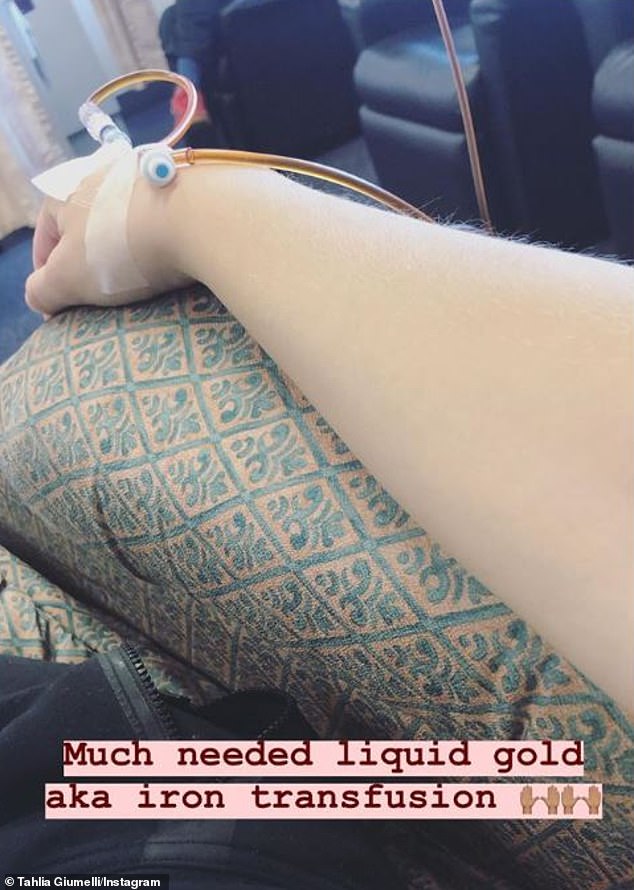 Procedure: A photo shared to Instagram Stories sees Tahlia’s right arm resting on the arm of a couch at a Sydney clinic, and a tube inserted into her hand

It remains unclear if the transfusion was to help her battle with Crohn’s disease or not.

Daily Mail Australia has reached out to Tahlia’s management for comment. 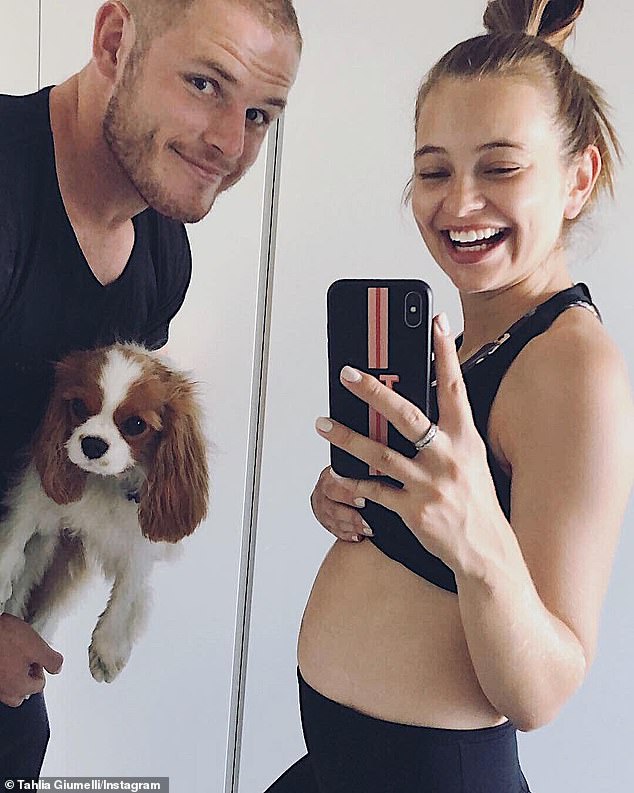 Health woes: Tahlia has long been open about her battle with Crohn’s, and first revealed she suffered from it in an interview with The Daily Telegraph in May 2017 (pictured with boyfriend Tom Burgess)

Tahlia has long been open about her battle with Crohn’s, and first revealed she suffered from it in an interview with The Daily Telegraph in May 2017.

Crohn’s disease is an inflammatory bowel disease that affects the lining of the digestive tract, and can cause abdominal pain, anaemia and fatigue.

In the interview, Tahlia praised her football star beau Tom, 27, for his support in battling the disease.

Tahlia explained her decision to reveal her condition to Tom, at the start of their romance.

‘I’m pretty honest and this is something I wouldn’t hide,’ she said. ‘He’s been a good support through and through from the beginning — he’s always encouraging me.’

The stunning brunette also admitted to The Daily Telegraph that the disease forced her to overhaul her diet when she was diagnosed in 2013.

Onion, garlic, tomato, red meat, avocado and any other high fibre or high fructose foods are now off the menu.

Tahlia and Tom are expecting their first child, a girl, on August 11.

The pair have been dating since 2016. 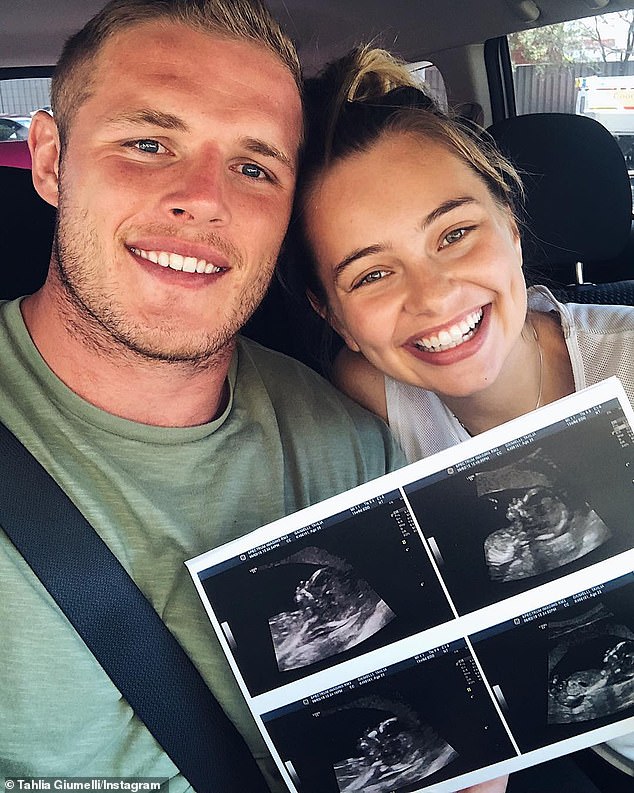 Countdown: Tahlia and Tom, 27, are expecting their first child, a girl, on August 11

How Quickly Can Atoms Slip, Ghostlike, Through Barriers?