Former Married At First Sight star Aleks Markovic has slammed the introduction of new ‘wellness managers’ during productions on the series.

‘At the end of the day they’re going to portray you the way they want and f**k up someone’s life regardless,’ she said.

Hitting out: ‘They are going to portray you however they want’: MAFS star Aleks Markovic, 26, (pictured) has slammed the introduction of ‘wellness managers’ on the series

She continued: ‘No wellness manager is going to prevent that from happening.’

Aleks finished by saying that it was the gamble of going on a reality show.

It comes amid news Endemol Shine Australia has drastically changed its mental health practices following a slew of complaints from reality stars. 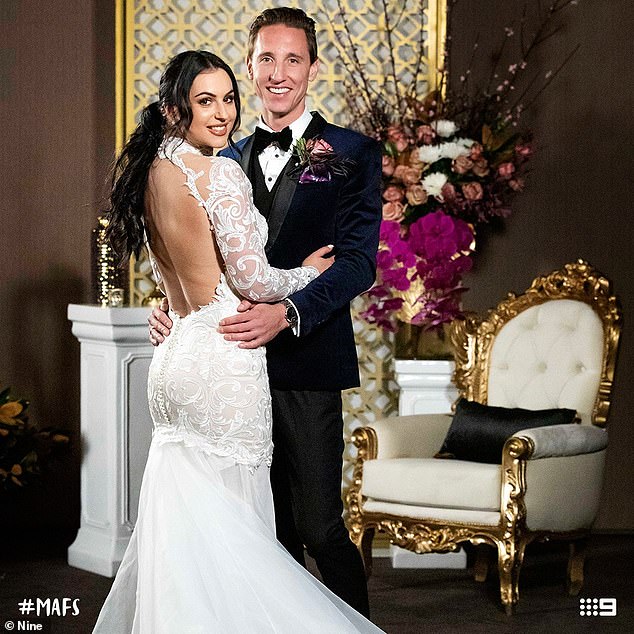 Opinion: ‘At the end of the day they’re going to portray you the way they want and f**k up someone’s life regardless,’ she said. Pictured: Ivan Sarakula

According to The Saturday Telegraph, the production team is now adding ‘wellness managers’ to its roster.

The position will be a ‘care and support’ welfare role, with the behind-the-scenes managers working with a ‘broader wellbeing team’.

The advertisement asks for people with experience in both the television and mental health sector, suggesting it will be a hands-on role. 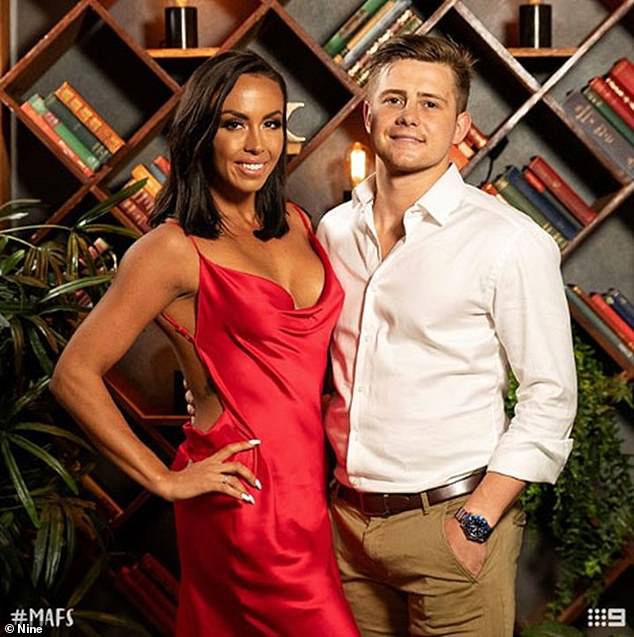 Precautions: The role will be a ‘care and support’ welfare role, with the behind-the-scenes managers working with a ‘broader wellbeing team’. Here: Natasha Spencer, Mikey Pembroke

The creation of the role follows a number of high-profile mental health incidents involving reality stars.

There were mental health concerns for Married At First Sight bride Natasha Spencer, who had a mental breakdown before last season’s finale. 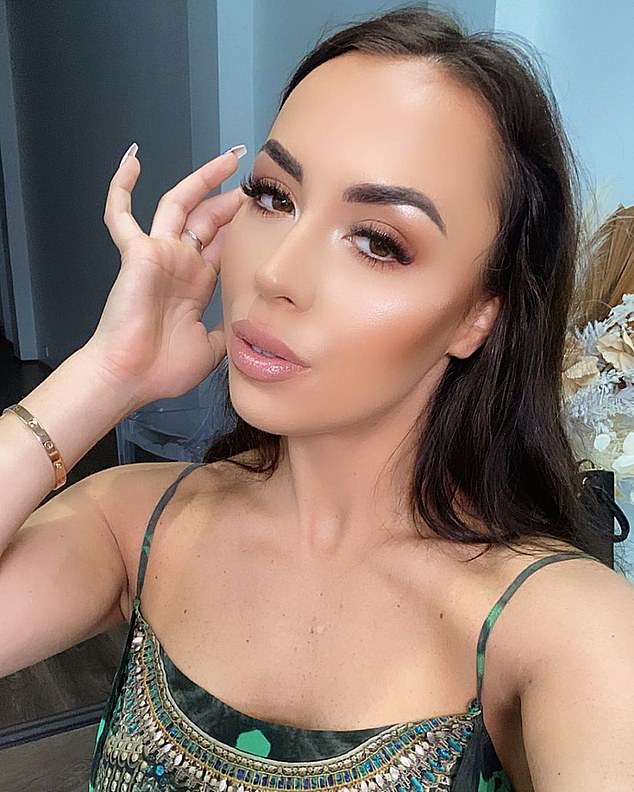 Distressed: There were mental health concerns for MAFS bride Natasha Spencer (pictured), who had a mental breakdown ahead of the show’s finale

The financial analyst told Daily Mail Australia following the incident that she was taken to Sydney’s Royal North Shore Hospital.

‘I had anxiety a week leading up to it [Sunday’s finale]. I was at home and had a breakdown. I got taken under a section 22, a medical hold,’ Natasha explained.

Controversies on the show resulted in plenty of backlash toward the participants on social media, notably Stacey Hampton.

The law graduate received death threats and abuse after being involved in a cheating scandal with Mikey Pembroke in the finale. 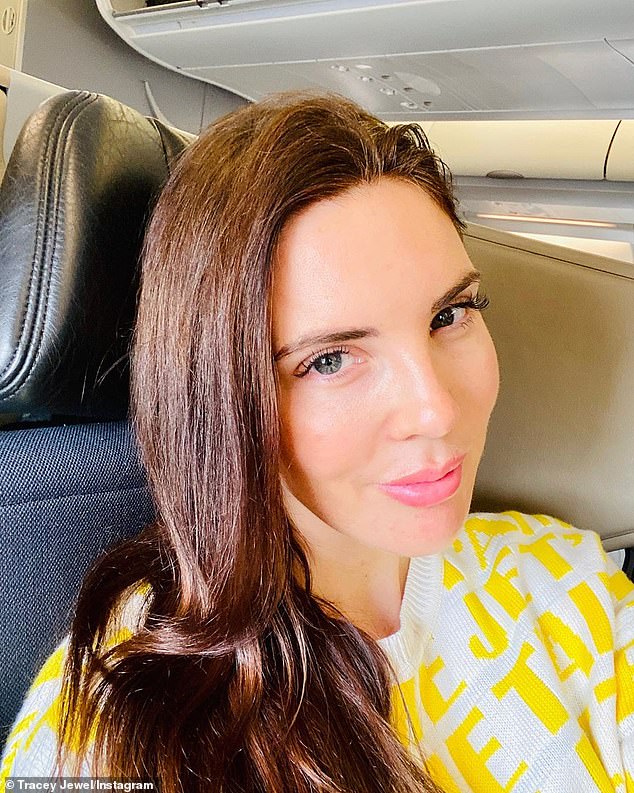 Diagnosis: Tracey revealed she had been diagnosed with Post Traumatic Stress Disorder since appearing on the show, while speaking to NW magazine in April, 2018

Tracey revealed she had been diagnosed with Post Traumatic Stress Disorder since appearing on the show, while speaking to NW magazine in April, 2018.

It comes after Channel Seven was forced to pay a compensation claim to House Rules star Nicole Prince after it was found she suffered a ‘psychological injury’. 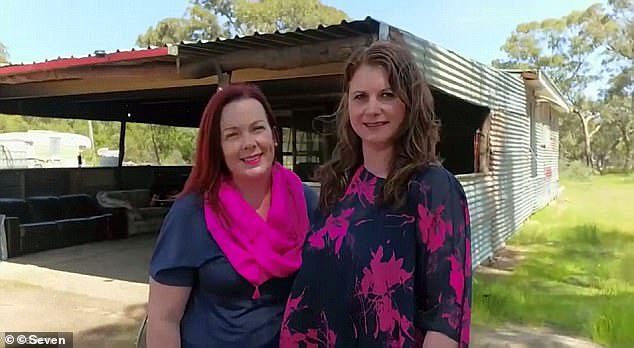 Seven has been ordered to pay compensation to House Rules contestant Nicole Prince (right, with her friend Fiona Taylor) after she suffered ‘psychological injury’ during filming in 2017

Nicole Prince, who featured on season five of the series in 2017, took legal action through the Workers Compensation Commission.

As first reported by TV Blackbox, the Commission’s arbitrator Cameron Burge ruled that Nicole was an ’employee’ during her time on the show and that, during the course of her employment, she suffered a ‘psychological / psychiatric injury’.

Channel Seven was ordered to compensate Nicole for her medical treatment in relation to the injury. 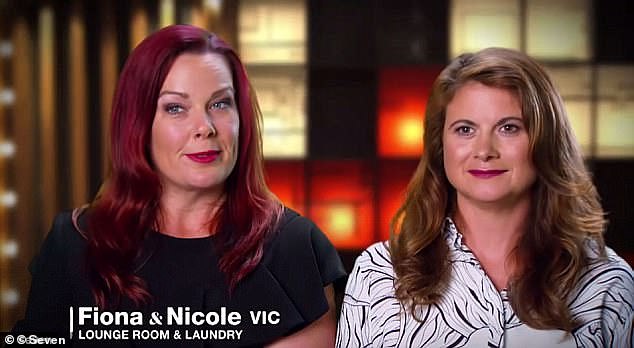 Trolled: Fiona (left) and Nicole (right) faced an onslaught of abuse on social media following their appearance on House Rules, with Nicole unable to return to work as a result

Must Read: The Lawmakers Fighting to Make Hair Discrimination Illegal, Where Do Handbags Go From Here?