By Laura Fox For Mailonline

She finally released her long-awaited new single Baby on Friday to the delight of fans.

And Madison Beer was out to party as she celebrated her new music with dinner at the Matsuhisa restaurant in Beverly Hills.

The singer,  21, opted for the laid-back ensemble as she headed out to enjoy some Japanese food.

Celebration: Madison Beer, 21, celebrated the release of her new single Baby on Friday with dinner at the Matsuhisa restaurant in Beverly Hills

Madison looked effortlessly stylish in a retro t-shirt as she donned a protective face mask to head out for the evening.

The Selfish hitmaker teamed the top with distressed white boyfriend jeans and trainers, with her essentials in a simple black leather backpack.

On Friday Madison released her most raunchy music video to date as she dropped new single Baby. 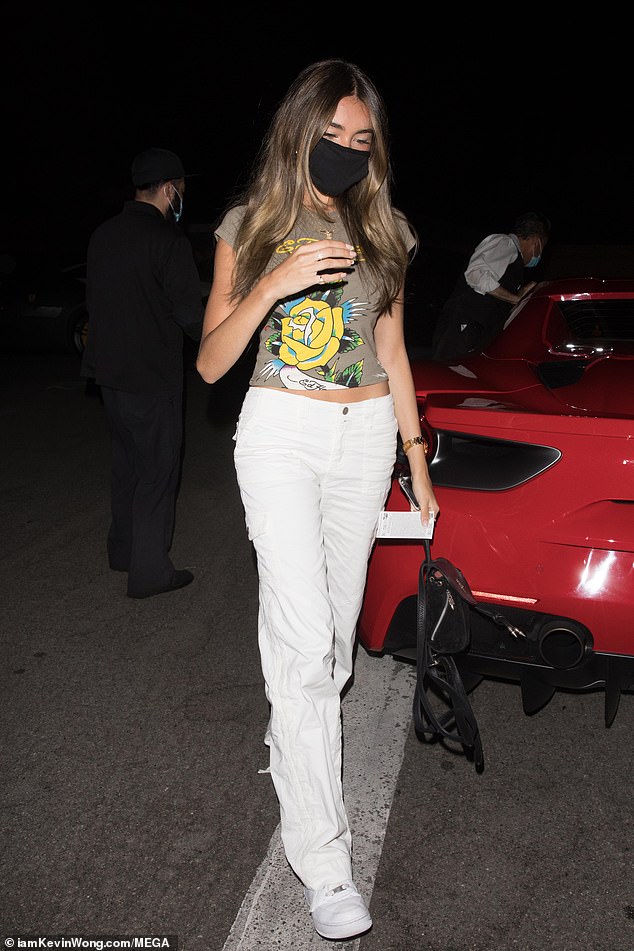 Relaxed: The mask-clad singer opted for a retro t-shirt and ripped white boyfriend jeans that displayed a hint of her toned tummy as she arrived at the eatery

Discussing the inspiration behind the song, Madison said: ‘Coming out of a dark time mentally I inevitably had to build my confidence back up.

‘Writing Baby made me feel in control of myself and my body again in the best way. When I wrote Baby I was not only reminding myself that I can have what I deserve but also warning the next person that comes into my life that being with me is conditional.

‘If you wanna be my baby then know I’m going to be loud, quiet, wild, sexy, shy, high, low.

‘I’m not going to apologise for who I am or shrink myself down anymore so if you can’t deal, then keep walking.

‘I am regaining my confidence and this song truly makes me feel powerful and I hope it supplies anyone who might need a boost of confidence the same thing.’ 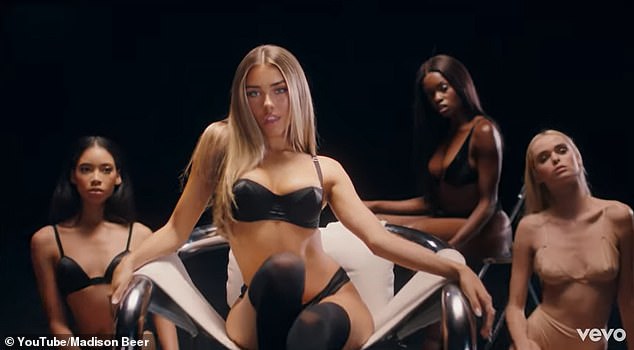 Sizzling: On Friday Madison released her most raunchy music video to date as she dropped new single Baby

Beer has dropped three tracks since January, leading up to her debut studio album Life Support, which is scheduled to drop during the summer.

She revealed earlier this month on Instagram that the album’s second single Selfish was certified gold by the Recording Industry Association of America.

The brunette beauty wrote: ‘WTFFF THANK YOU SO MUCH I DONT EVEN KNOW WHAT TO DO OR SAY IM JUS GONNA GO CRY THANK U THANK U THANK ???? U ?????? this means so much’

It’s her fourth time being certified gold by the RIAA, following her 2018 singles Hurts Like Hell and Home with You, as well as the 2017 track Dead. 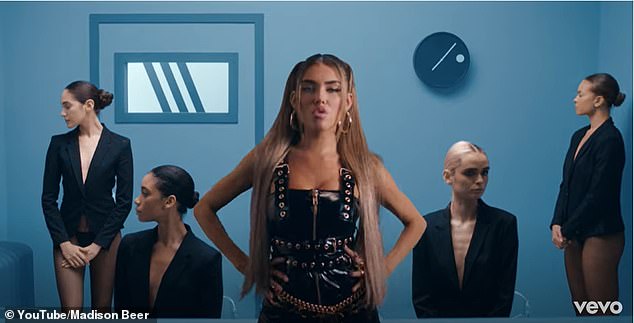 Empowerment: Beer has dropped three tracks since January, leading up to her debut studio album Life Support, which is scheduled to drop during the summer

Can carrots give you night vision?

Can carrots give you night vision?