But Liam Hemsworth was already on to his next project, as he stepped out on set looking sharp in Melbourne while filming for a TV commercial on Saturday.

The Australian actor, 29, had all eyes on him as he cut an effortlessly cool figure in shades and a sports luxe jacket, before switching up his look to don a white shirt.

Looking sharp! Liam Hemsworth looked effortlessly cool as he stepped out on set to film a TV commercial in Melbourne on Saturday

Dressed in tailored black trousers and khaki green sneakers, Liam was seen quenching his thirst on a coffee in-between takes as he headed to and from his trailer.

For one scene, the Hollywood hunk was required to wear a suave white shirt tucked into his waistband and slightly undone at the chest.

He seemed to ditch his wedding ring while stepping out in front of the camera, but was sporting a thin gold chain around his neck, which could possibly have been a safe-keeping place for the band. 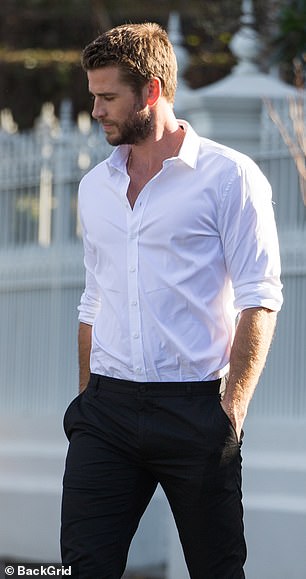 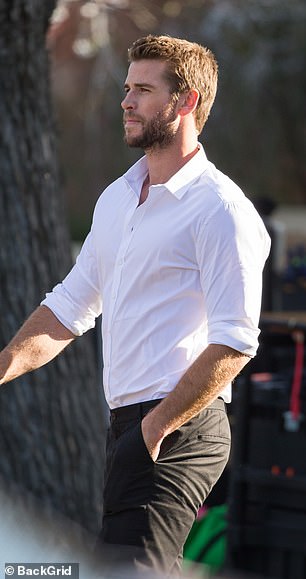 Suited and booted: The actor, 29, looked nothing short of suave as he switched up his outfit to don a smart white shirt 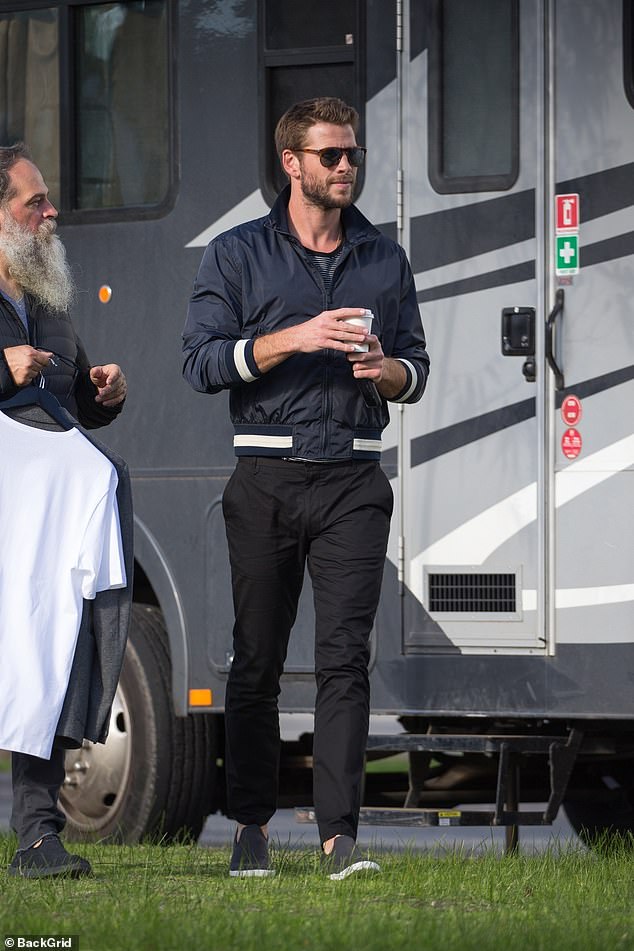 Relaxed: The Hunger Games star was pictured without his wedding ring while on set

It’s not known exactly what sort of commercial Liam was filming for, but it’s safe to say his dapper appearance in the advert will no doubt grab attention.

It comes ahead of the release of Liam’s latest movie Killerman, which is scheduled for release in the US in August.

He takes on the movie’s leading role as a money launderer, based in New York, who wakes up with millions of dollars in stolen cash and drugs, but has no memory of how it came to be there. 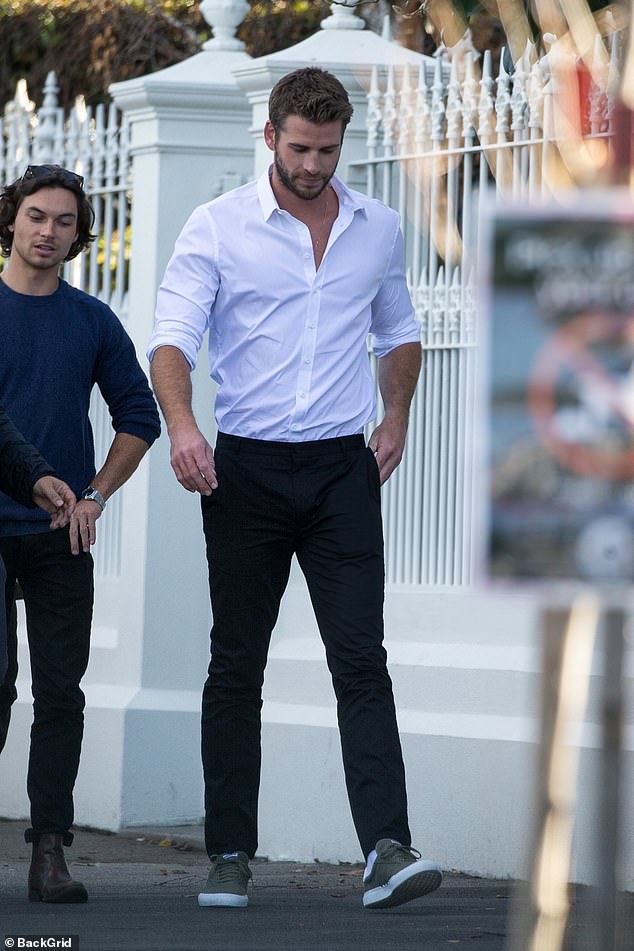 Safe-keeping? He was pictured sporting a long gold chain underneath his shirt that could have possibly been a place to keep his wedding band while shooting

Cool guy: Liam was later seen sporting a sports luxe jacket and white tee, along with an on-trend pair of shades 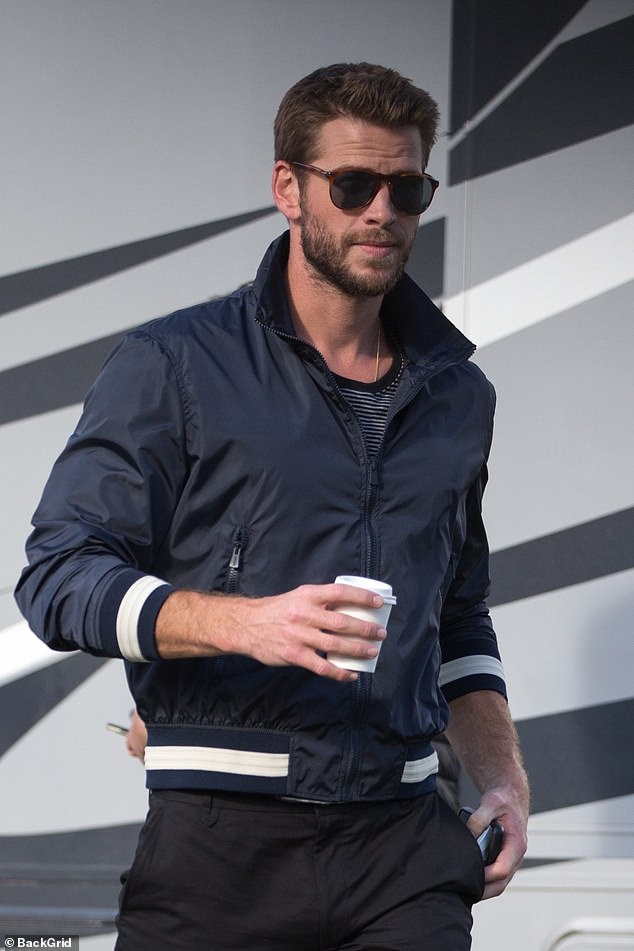 Taking a break: The Isn’t It Romantic star quenched his thirst with a coffee in between filming

Orange Is The New Black star Diane Guerrero stars alongside Liam in the film, along with Emory Cohen, who appeared in 2012 hit The Place Beyond The Pines.

Liam has also been busy securing the plans to start rebuilding his Malibu home with wife Miley Cyrus, after it was completely destroyed in last year’s California wildfires.

RadarOnline revealed that Liam and Wrecking Ball singer Miley have secured a permit for the excavation and drilling of their old home in a bid to reconstruct it. 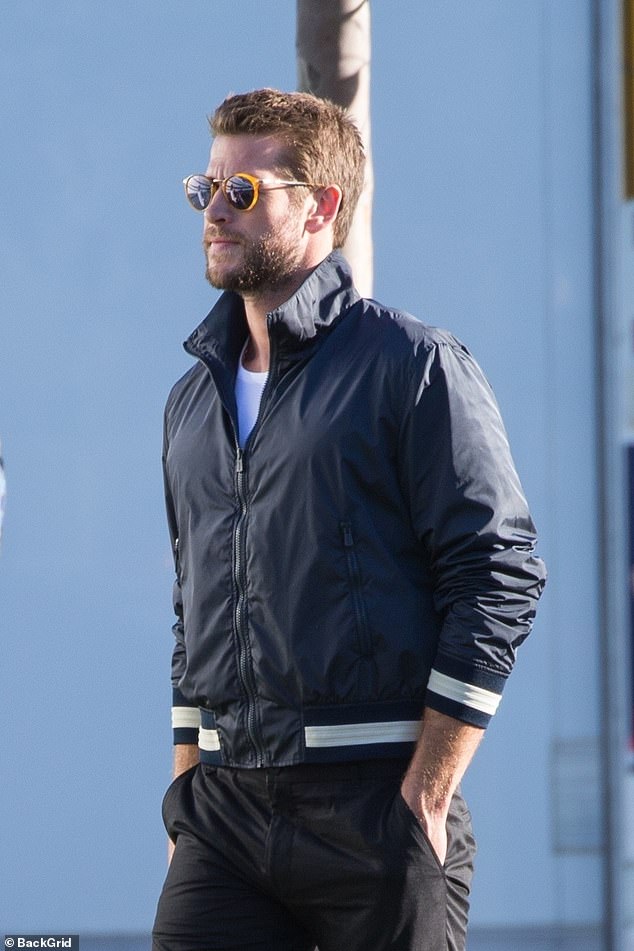 In demand: His appearance in Melbourne comes as Liam is gearing up for the release of his new movie Killerman – where he plays the lead Moe Diamond, a NYC-based money launderer 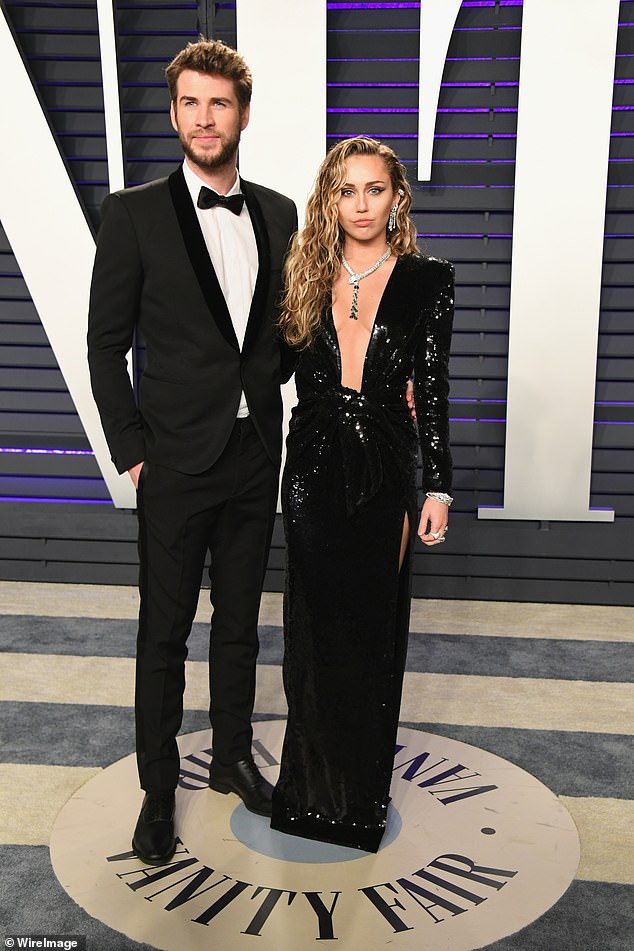 Renovation work: Liam has also been busy securing plans to start rebuilding his Malibu home with wife Miley Cyrus, after it was completely destroyed in last year’s California wildfires

Liam revealed in November 2018 that he and Miley had lost their home in the Woolsey wildfire – California’s most destructive wildfire in its history.

He told fans it had been a ‘heartbreaking few days’ coming to terms with the wreckage – while sharing pictures to show the extent of the damage on social media.

Miley revealed in February that the loss sparked her and Liam’s decision to marry, after 10 years of dating.

They tied the knot in December 2018 at their Nashville home with just their close families in attendance. 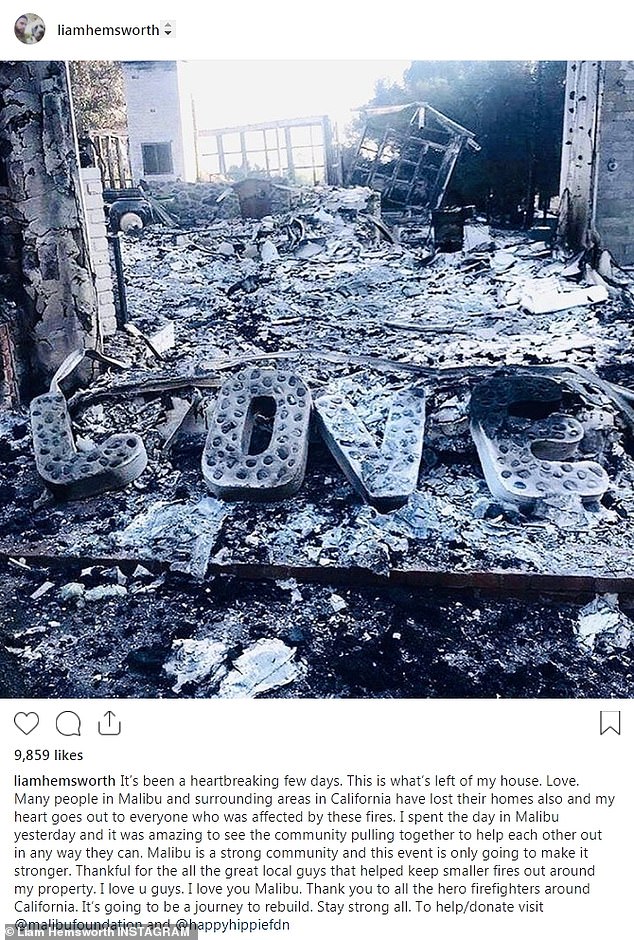 Devastating loss: Liam revealed in November 2018 that he and Miley had ‘heartbreakingly’ lost their home in the Woolsey wildfire – California’s most destructive wildfire in its history

200 Times Faster Than Ever Before: The Speediest Quantum Operation yet

200 Times Faster Than Ever Before: The Speediest Quantum Operation yet