Kyle Sandilands and Jackie ‘O’ Henderson have trolled their friend, New South Wales Premier Gladys Berejiklian, by Photoshopping a viral photo of her into their KIIS FM studio.

The image, which has become a meme, shows the 50-year-old politician with a NSW Blues beanie and scarf, holding a can of Coke Zero and seated next to Kyle and Jackie.

It was shared on the radio duo’s Instagram page as Kyle celebrated his 50th birthday today. The caption for the post humorously read, ‘Was Gladys here 4 hours early ready to celebrate Kyle’s birthday with a Diet Coke? (No).’

Trolled! Kyle Sandilands and Jackie ‘O’ Henderson have trolled their friend, New South Wales Premier Gladys Berejiklian, by Photoshopping a viral photo of her into their KIIS FM studio

The meme was created and shared amongst social media users after the Premier tweeted a photo of herself in Blues gear, standing in front of a TV and writing, ”Getting ready for Game 1. Go the NSW Blues!’

The photo was published on Wednesday afternoon – only four hours before the State of Origin Game one kick-off, prompting a split reaction.

While some footy fans cheered on the eager Premier, others questioned why she was game-ready hours before the teams were due to even take the field. 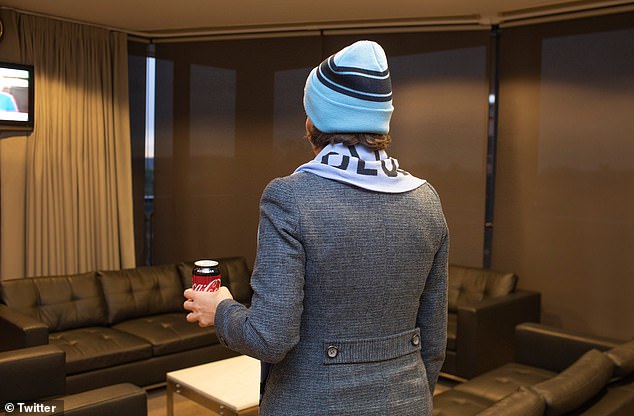 ‘Getting ready for Game 1 by standing and watching the telly four hours before kick-off,’ one tweeted.

‘Gladys it’s not for a few hours yet, you might want to take a seat, wouldn’t want to be standing around for 3 hours,’ commented another.

The photo of Gladys was soon turned into a meme and shared by social media users, who hilariously photoshopped the Premier against different backdrops. 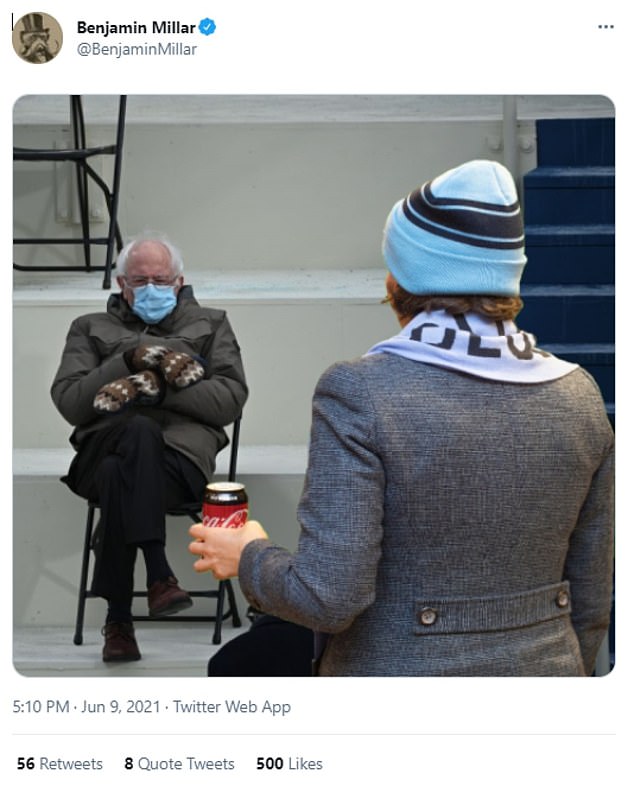 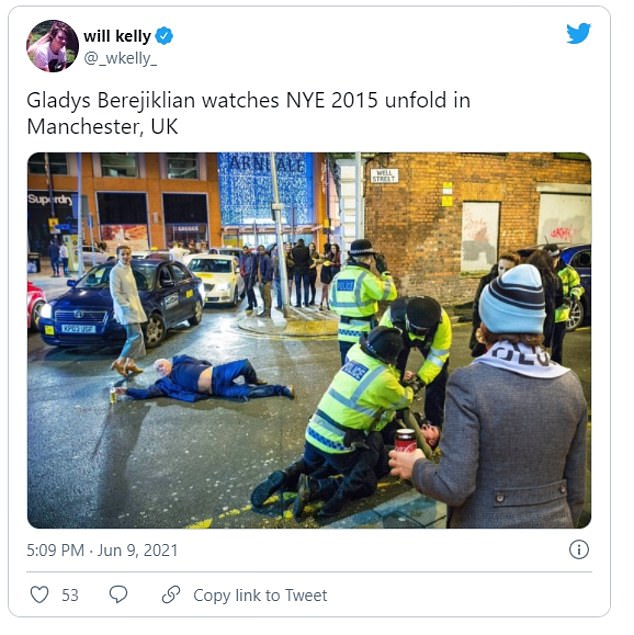 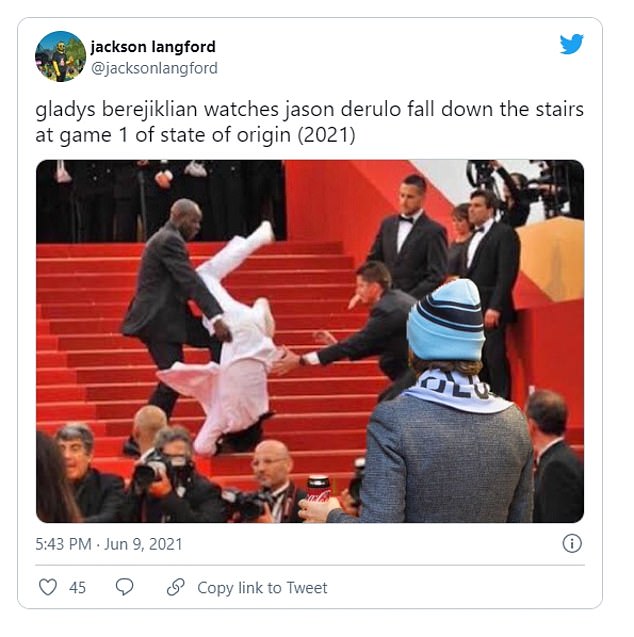 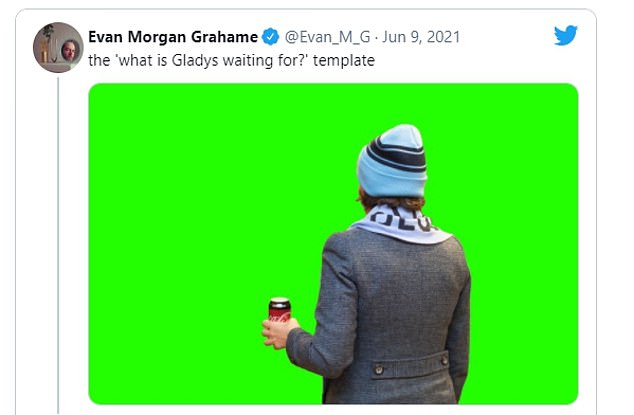 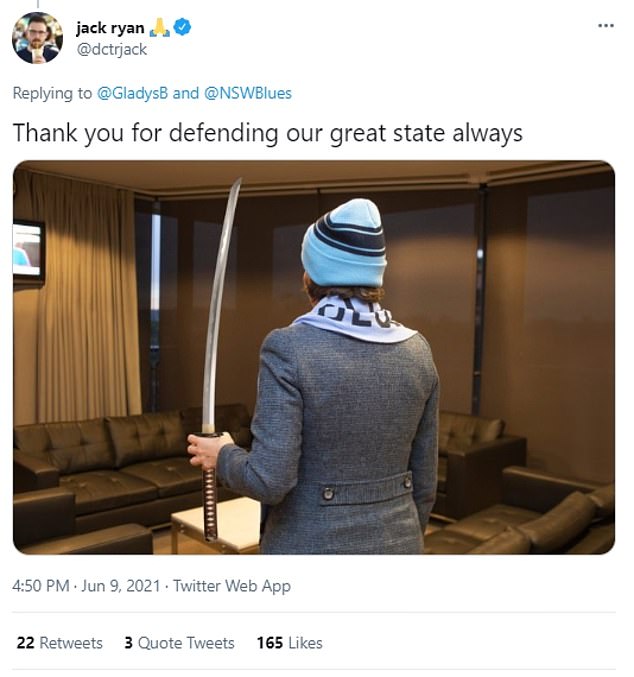 Wednesday’ night’s State of Origin opener saw the NSW Blue’s claim a massive 50-6 victory over Queensland, with a whopping 1.91 million viewers tuning in.

It was the biggest audience numbers so far for any program or event in 2021.

Wednesday night’s opener is the first time an Origin match was played in Townsville. Tickets sold out within minutes as 28,000 fans attended the match live. 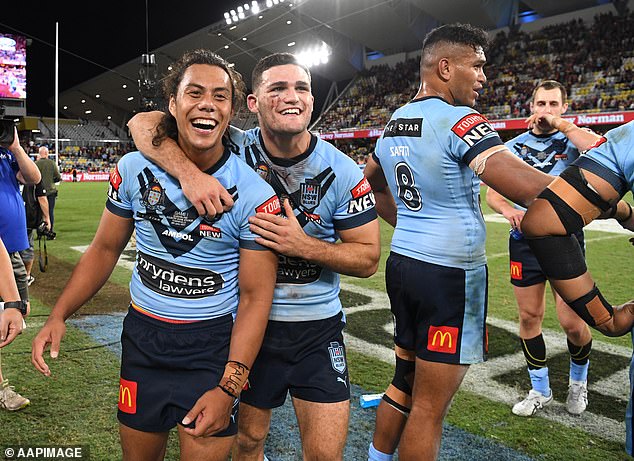 HUGE! State of Origin Game one draws BIGGEST crowd of 2021 with 1.91 million viewers as the NSW Blues demolished Queensland

Even though they joined in the fun, Kyle and Jackie O still enjoy a close friendship with Gladys, who was on their show last Friday.

After discussing vaccine hesitancy, Victoria’s response to the pandemic and the NSW paramedics strike, Kyle couldn’t resist asking her if she’d ‘taken another lover’ recently.

The 50-year-old politician is believed to be single following her split from disgraced former MP Daryl Maguire, who was the subject of a corruption inquiry last year. 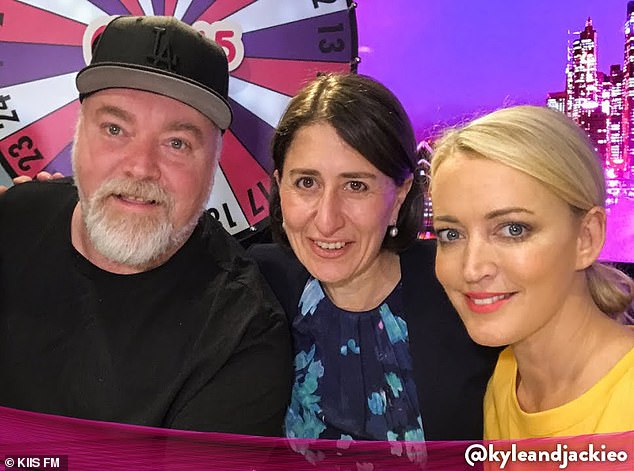 Good friends: Though they’re poking fun, Kyle and Jackie O enjoy a close friendship with Gladys, who was on the pairs’ show last Friday

Is the Stock Market Open or Closed for Juneteenth? (NYSE & Nasdaq)