‘It’s a real pain’: EastEnders’ Adam Woodyatt reveals the pitfalls of shooting during the pandemic

The coronavirus pandemic has affected all walks of life, including those of actors.

And EastEnders star Adam Woodyatt has revealed the pitfalls of filming with Perspex screens on set.

According to the man behind Walford’s Ian Beale, 52, it has not been plain sailing as they resume filming.

Back on: Adam Woodyatt who plays Ian Beale in EastEnders revealed to Radio Times that he has struggled to adapt to the new safety measures on set due to the coronavirus pandemic

The BBC One soap is returning, after lockdown forced it to go into hiatus, thanks to the use of screens, body doubles and CGI to film moments of ‘intimacy’.

Adam shared his struggles with Radio Times Magazine: ‘Some days it works really well. Other times, it’s been a pain.

‘If rain gets on the Perspex, you can’t shoot through it and you can only wipe it dry with a certain type of cloth. And when we’re inside, we’re getting reflections. 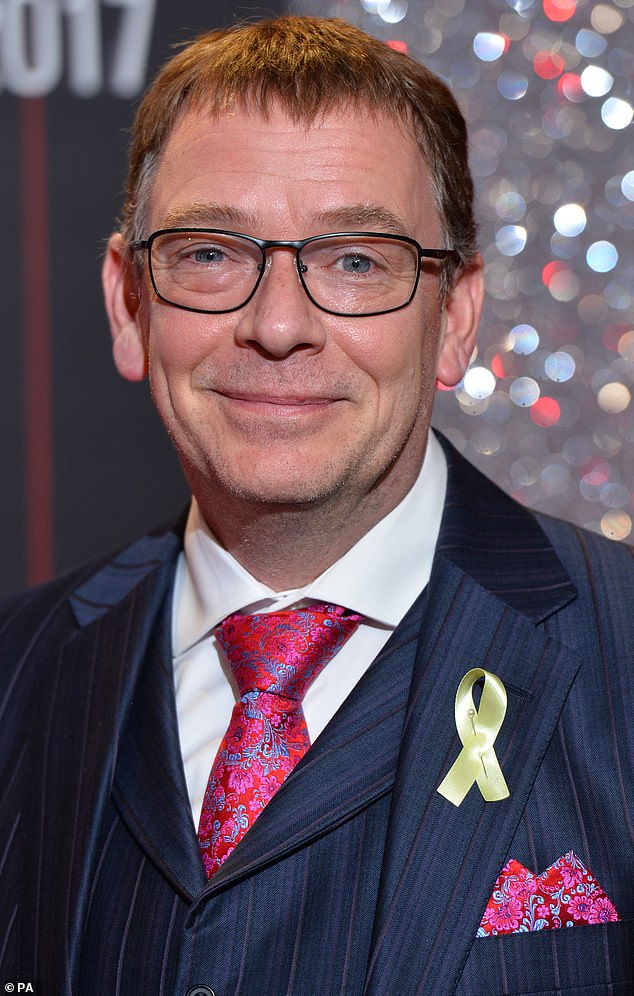 Back on: The BBC One soap is returning, after lockdown forced it to go into hiatus, thanks to the use of screens, body doubles and CGI to film moments of ‘intimacy’

‘Until everything gets back to normal, if it ever does, this is the way we have to do things.

‘But it’s honestly taking forever. I could fall asleep between takes.’

The 52-year old said: ‘You can’t move for that two-metre stick and sanitiser! 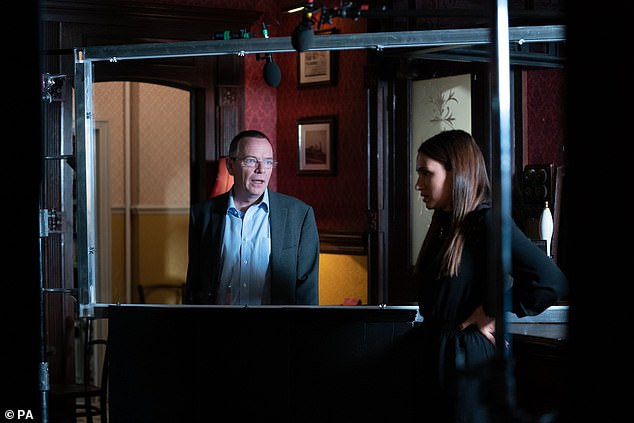 Slo mo: The soap star, 52, revealed that it now takes ‘forever’ between filming takes as he admitted that sometimes the safety measures ‘work’ well and ‘other times, it’s a real pain’

‘Filming with the screens took some getting used to, but we’ve been using them now for two months, so it’s becoming second nature.

‘And I don’t mind the slower pace. If it means we can keep making television, then that’s great.’

The BBC soap drama, which is back on September 7, also brought in the real-life partners of the cast to shoot kissing scenes.

Executive producer Jon Sen said he wanted EastEnders to return with ‘all the kissing and fighting that they expect to see.’ 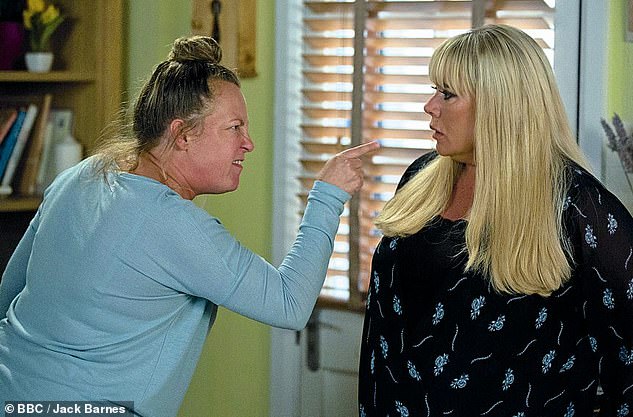 Letitia Dean (pictured right) said: ‘Filming with the screens took some getting used to, but we’ve been using them now for two months, so it’s becoming second nature’

The 45-year old was asked about returning with a Talking Heads-style monologue during lockdown, a format adopted by radio soap, The Archers.

He added: ‘People were saying to me, “Can’t we do a Jean Slater monologue in her kitchen?”

‘But I didn’t want to compromise on our storytelling and bring EastEnders back in a less ambitious form. 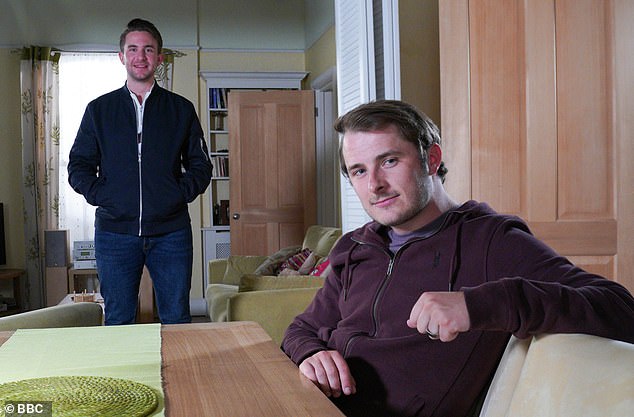 Executive EastEnders producer Jon Sen believes that despite the current challenges of filming, the production team have shown more ‘ingenuity and ambition’ then he ever thought possible

‘We’ve shown that, with ingenuity and ambition, you can achieve far more than you ever thought you could.

Jon feels the relatable stories of the Eastenders characters are needed during the current climate.

He added: ‘People like to pick holes in EastEnders when it’s on, but once it goes missing from the schedule, fans feel a sense of vacuum and also that need to see contemporary stories being told on a regular basis.

‘Continuing drama that reflects the cultural landscape is really important.’

The full interview is in Radio Times magazine, out now. 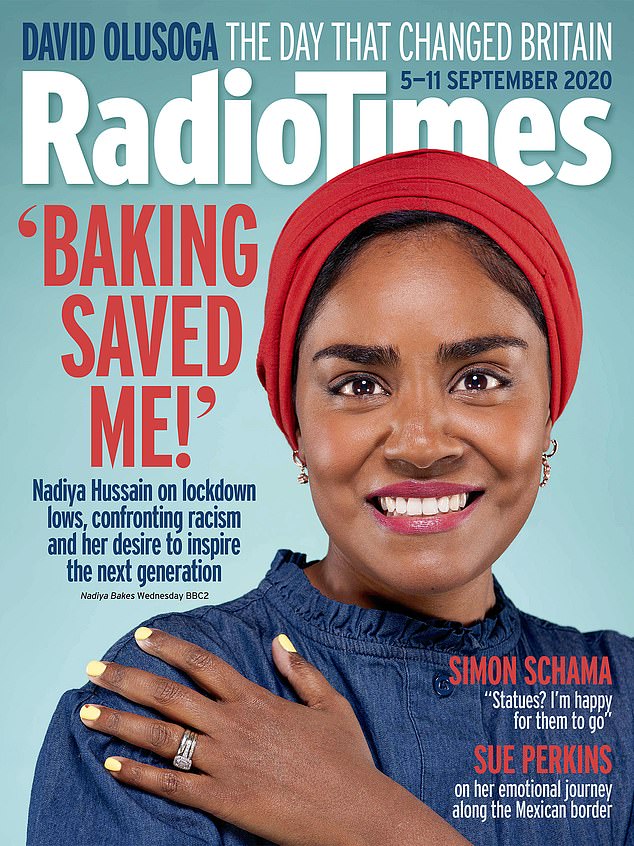 Grab a copy: The full interview is in Radio Times magazine, out now

Celebrities Are Wearing Neon at the VMAs Again: Nature Is Healing

This week’s full moon happens only once every 3 years

This week's full moon happens only once every 3 years