Observed since the early 1900s and now recognised each year on March 8, International Women’s Day is a day of recognition for women globally. Bringing together women from all backgrounds, March 8 is a chance to showcase the incredible journeys of women who are helping forge the path to equality and pave the way for others. While International Women’s Day has grown year on year, with organisations around the world holding events that honour women’s progress, the day still carries a strong emphasis on the importance of continued action to ensure gender justice is reached and maintained.

Adding some sunshine into our otherwise rainy March evening, Feya, the pastel-hued patisserie-café in the heart of Knightsbridge, organised its first International Women’s Day event in aid of Refuge, to raise awareness of domestic violence and provide a platform that empowers women to speak out.

Opening the world’s first safe house for women and children escaping domestic violence in 1971, Refuge has since grown to become the country’s largest single provider of specialist domestic and gender-based violence. In a world where, as Refuge claims, survivors of domestic violence “might feel too ashamed to tell anyone about [their] situation,” believing that “the violence in their home life must be kept secret,” starting an ongoing dialogue around abuse has never been more important.

This week at Feya, we had the privilege of hearing stories from the women who’ve survived and how Refuge has supported them in building a life of their own. And as well as celebrating the bravery of these women, Feya also championed the unsung heroes at Refuge who have aided the support of countless women and children in escaping violence at home. All the while, we celebrated amid rivers of purple marble, spreads of virgin lavender-mimosas and enchanted rainforests of leafy green that made up Feya’s wonderful surroundings.

“Refuge is the largest charity and provider of specialist services for survivors of domestic, sexual and gender-based violence. On any given day we are supporting over 6,500 survivors to reach safety and re-build their lives, free from violence and fear. […]

We also recognise that abuse does not have to be physical for it to be incredibly damaging and harmful for victims. […]

We work really hard to empower women to find their power again, to find their independence again, find their agency, and find their autonomy. People often ask us, ‘what is the main thing I can do?’ For us, it’s all about keeping the conversation open,” Kirsty, a spokesperson from Refuge tells us.

The narrative of International Women’s Day is one that has woven its way throughout all areas of Feya’s founder, the entrepreneurial powerhouse and queen of brunch, Zahra Khan’s life. In the course of two years she opened three eateries all while becoming a mother of two girls. And while Zahra acknowledges her privilege of benefiting from the support of her endlessly loving family and team, she strives to help all women gain access to a similar support system, for present and future generations. And perhaps one of the easiest ways to support other women is by recognising them publicly and giving them a platform to speak their truth.

On speaking to Zahra, she tells us, “As a woman, and as a mother of two girls, I am a big advocate for gender equality and female empowerment. Empowerment is the ability to do something about your needs, wants, dreams, beliefs and feelings. It is simply to be stronger and more confident. These are simple words, but unfortunately it is not simple for a lot of women. Female empowerment is about empowering women physically, socially, and emotionally. […] As women, we need to be realistic, break out of our bubbles, step out of our cosy comfort zones; we need to let hope extinguish fear, and courage conquer timidity.”

This March, the long-awaited Domestic Abuse Bill, delayed in 2019 by government’s decision to prorogue parliament and hold an election, will be introduced into the House of Commons. With the support of events like this held at Feya’s, 2020 is looking to be a fundamental year for women. Yet, despite the immense progress that has been made in the support and rehabilitation of women and child survivors of domestic violence, there is still a long way to go in initiating this movement globally.

But for now, thank you Feya and thank you Refuge! May we all have a very happy International Women’s Day. 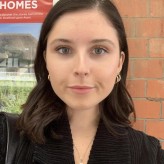 This puzzle game lets you help create a coronavirus vaccine