Taking the plunge! Aussie model Jessica Gomes goes braless underneath a chic blazer as she models jewellery during a shoot at Malibu beach

She is one of Australia’s most successful modelling exports.

And on Thursday, Jessica Gomes was back in the office and working her magic in a jewellery campaign.

The 35-year-old was styled for the shoot in a chic blazer with no bra underneath, to draw attention to the luxury diamond necklaces which adorned her neck.

Taking the plunge! Jessica Gomes went braless underneath a chic blazer as she modelled jewellery during a shoot at Malibu beach on Thursday

Her look was completed with a pair of baggy blue jeans, and the backdrop was of the stunning Pacific Ocean.

She wore minimal makeup on her flawless visage and had her brunette locks coiffed in soft waves.

The exotic beauty is currently based in Los Angeles and is focusing on pursuing an acting career. 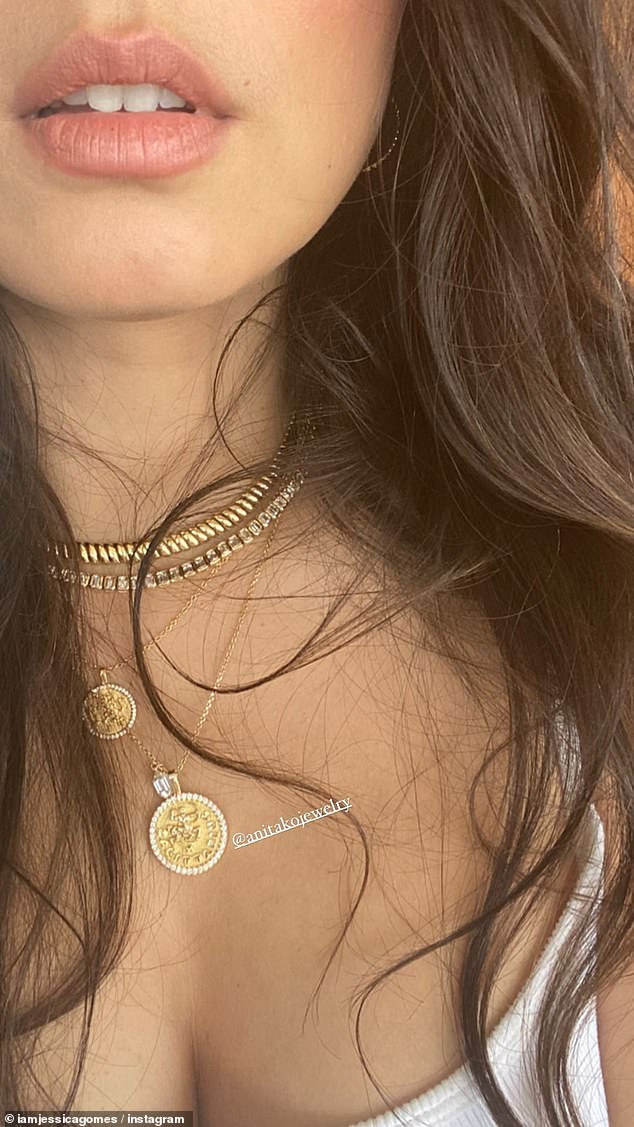 She also has her own skincare line, called Equal Beauty.

In December last year, Jessica announced that she’s stepping down from her role as brand ambassador for Australian retail giant, David Jones.

‘What a privilege and honour it has been to represent this iconic Australian brand that has and continues to be a pioneer in the world of retail and luxury experience.’ 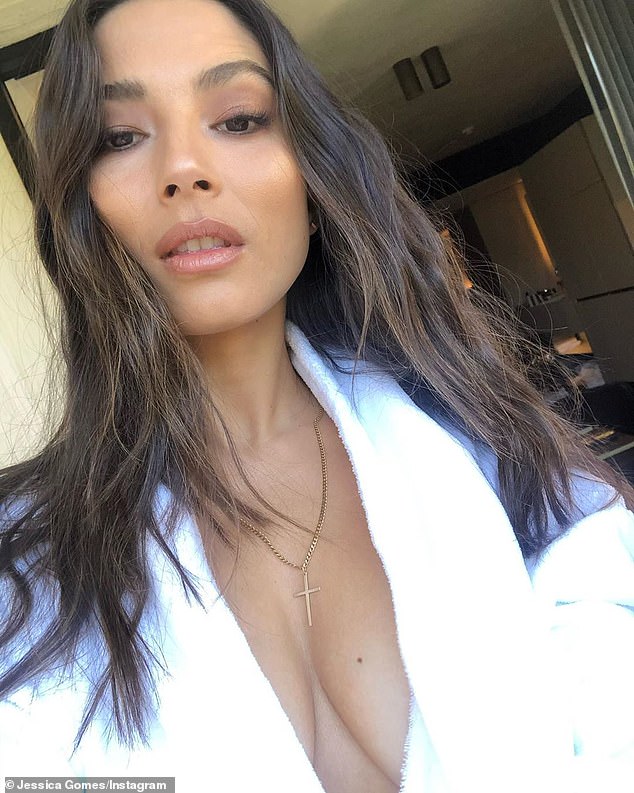 Career moves: The exotic beauty is currently based in Los Angeles and is focusing on pursuing an acting career