by
in Lifestyle, Travel
0

If you’re searching for international movies to watch, Netflix’s library of foreign films includes a ton of Spanish-language gems. We’ve narrowed that collection down to the 10 best Spanish-language movies you should check out.

From dark fairy tales to musical comedies, this list has something for everyone. In the mood for a true crime documentary or a pulse-pounding revenge thriller? We’ve got you covered. Here are the 10 best Spanish-language movies streaming on Netflix.

The first foreign-language film to win an Oscar for best director, Alfonso Cuarón’s Roma, greets viewers at the intersection of personal reflection and cinematic excellence. The black-and-white film follows live-in housekeeper Cleo (Yalitza Aparicio), an Indigenous woman who works for an affluent family in Mexico City, finding a sense of humanity that is uniquely memorable. – Alison Foreman, Entertainment Reporter (*)

How to watch: Roma is now streaming on Netflix.

A film that does a tremendous job of seamlessly weaving genres together, Guillermo del Toro’s Pan’s Labyrinth is surely up there among the greatest movies of the 2000s. Set in 1944 in civil war-torn Spain, the film tells the story of a 12-year-old girl, Ofelia (Ivana Baquero), who disappears into a fantasy realm to escape the very real violence raging around her. There are some images and moments in this movie that will stick with you for a long time: the sinister figure of the faun, the creeping dread of the pale man, and the nightmarish reality of Ofelia’s stepfather Capitán Vidal (Sergi López), whose brutal rule over his men and his household makes him a genuinely unnerving antagonist. – Sam Haysom, Deputy UK Editor (*)

How to watch: Pan’s Labyrinth is now streaming on Netflix.

3. The Silence of Others (El silencio de otros)

The Silence of Others is a powerful documentary following surviving victims of General Francisco Franco’s 40-year dictatorship. Unable to seek court justice in Spain due to its 1977 amnesty law, the survivors organize a lawsuit in Argentina in order to investigate crimes against humanity that occurred during Franco’s regime. With striking imagery and compelling interviews with subjects who have made this lawsuit their life’s work, directors Almudena Carracedo and Robert Bahar carefully examine how choosing to forget history does much more harm than facing it head-on. – Belen Edwards, Entertainment Fellow

How to watch: The Silence of Others is now streaming on Netflix. 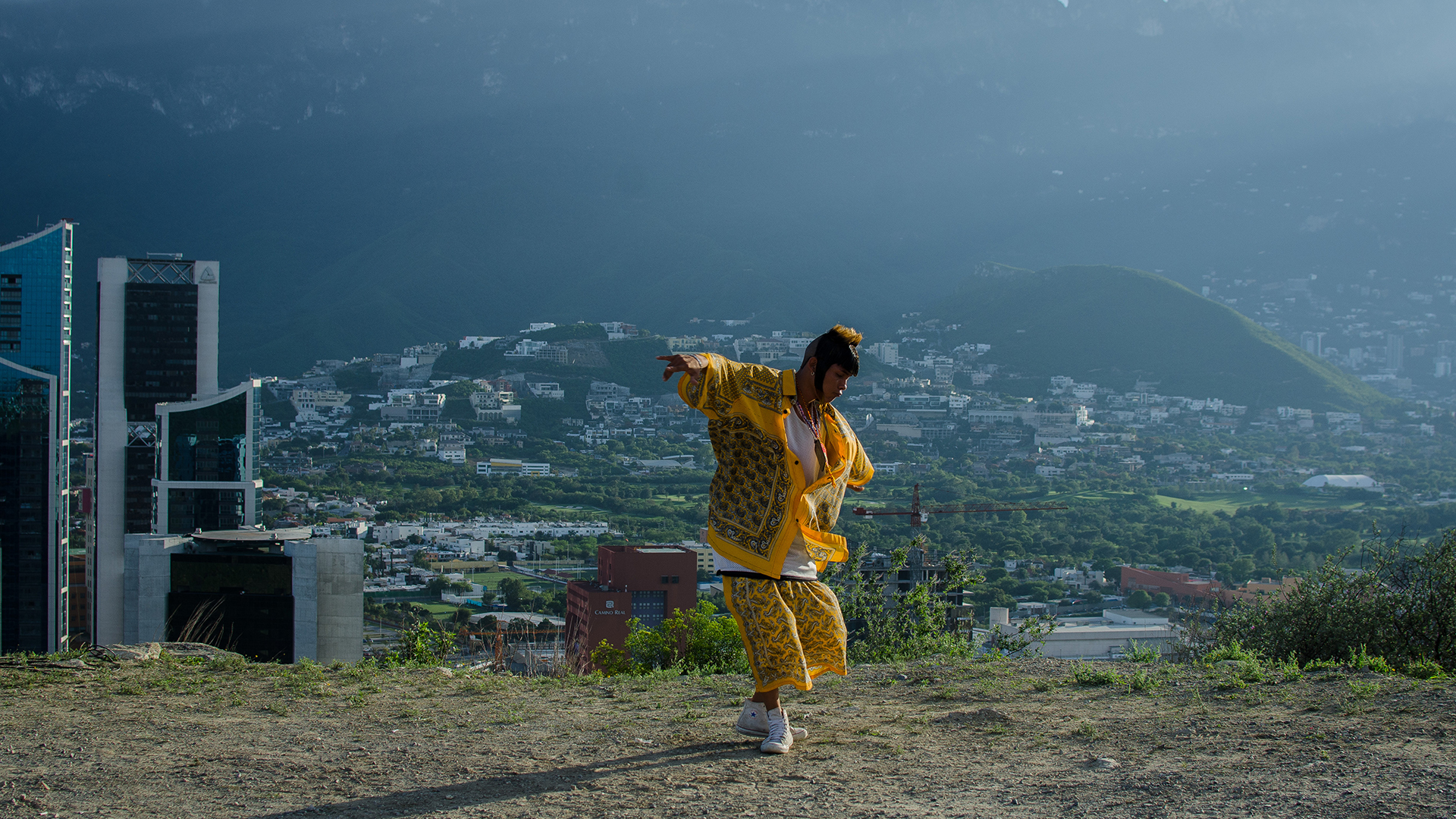 Shifting back and forth between Monterrey, Mexico, and New York City, I’m No Longer Here tells the story of Ulises (Juan Daniel Garcia Treviño), a 17-year-old obsessed with cumbia music and dance. After a misunderstanding with a Monterrey cartel turns violent, Ulises is forced to leave his friends behind and travel to New York. Director Fernando Frías de la Parra weaves past and present together to create a sharp contrast between Ulises’ community of friends in Monterrey and his sense of isolation in New York. Beautiful visuals and rich musicality bolster this poignant coming of age movie. – B.E.

How to watch: I’m No Longer Here is now streaming on Netflix.

How to watch: The Three Deaths of Marisela Escobedo is now streaming on Netflix. 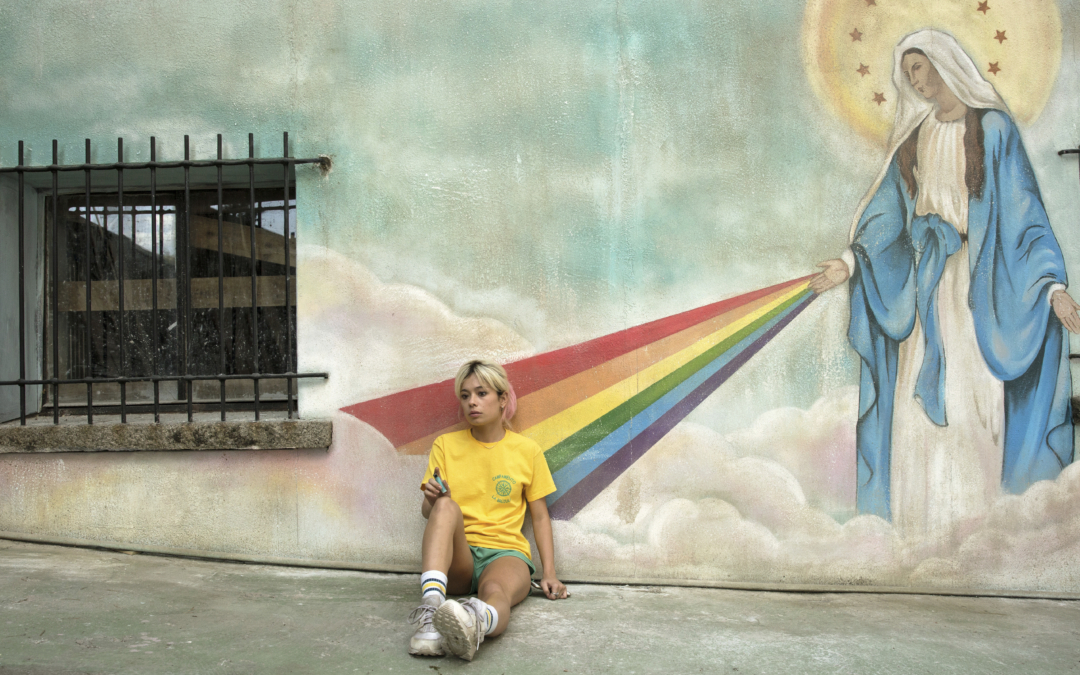 You’d think a movie that opens with God singing “I Will Always Love You” on a glittery stairway to Heaven would be a mess, but Holy Camp! proves that assumption wrong. This sweet musical comedy takes place at a Christian summer camp, where María (Macarena García) has started seeing visions of God. (Spoiler alert: God seems to really love Whitney Houston.) María’s visions shock her best friend Susana (Anna Castillo) and two of the nuns in charge of the camp, reinforcing beliefs and raising doubts. Holy Camp! earns major points for its sincerity as it uses music and comedy to tackle what faith means to different people. – B.E.

How to watch: Holy Camp! is now streaming on Netflix.

Pop star Lila Cassen (Najwa Nimri) recovers from a near-death experience to discover she has amnesia: She can no longer remember who she is, let alone how to perform. In order to help Lila rediscover herself, her assistant brings in Violeta (Eva Llorach), a karaoke singer who perfectly impersonates Lila. What follows is a dreamlike psychological thriller, with director Carlos Vermut examining how stardom, fandom, and identity intersect. Quién te cantará is immensely fascinating, a winding road of a movie with gorgeous imagery and strong leading performances. – B.E.

How to watch: Quién te cantará is now streaming on Netflix.

Imagine: Prison cells stacked one on top of the other, with holes in the floor and ceiling. Randomly assigned levels that change each month. And a platform of food that gets slowly lowered from the very top, getting sparser and sparser with each floor it descends. This is the concept at the centre of Spanish director Galder Gaztelu-Urrutia’s The Platform, a disturbing sci-fi thriller that wears its capitalist analogy plainly on its prison garb sleeve. It’s one of those rare gems where the execution is as strong as the idea at its core, driven by an excellent screenplay from David Desola and Pedro Rivero that’s dripping with horror and suspense. If you’re a fan of movies like The Cube or Saw, this is well worth checking out. – S.H. (*)

How to watch: The Platform is now streaming on Netflix.

9. The Fury of a Patient Man (Tarde para la ira)

The lives of an imprisoned getaway driver, his wife, and a mild-mannered stranger cross paths with explosive results in this intense revenge thriller. The Fury of a Patient Man begins with a harrowing robbery sequence, then jumps forward eight years into what seems like a very different film. While Curro (Luis Callejo) has been in jail for those eight years, his wife Ana (Ruth Díaz) has begun an affair with José (Antonio de la Torre), a regular customer at her café. However, José is not what he seems. As the puzzle pieces fall into place and José’s intentions become clear, The Fury of a Patient Man hurtles towards a stunning and brutal conclusion. – B.E.

How to watch: The Fury of a Patient Man is now streaming on Netflix.

When Ramón (Dani Rovira) is diagnosed with multiple sclerosis, he’s told that in a year he’ll be unable to walk 100 meters. However, with the support of his wife Inma (Alexandra Jiménez) and his cantankerous father-in-law Manolo (Karra Elejalde), he trains for an Ironman Triathlon. Based on a true story, 100 Meters is a touching and inspirational film that will tug on your heartstrings. You’ll be cheering Ramón and his family on as they come together and help each other succeed. – B.E.

How to watch: 100 Meters is now streaming on Netflix.

*This show writeup also appeared on a previous Mashable list.

Where To Go For Locally-Sourced Seafood in The Outer Banks

Where To Go For Locally-Sourced Seafood in The Outer Banks